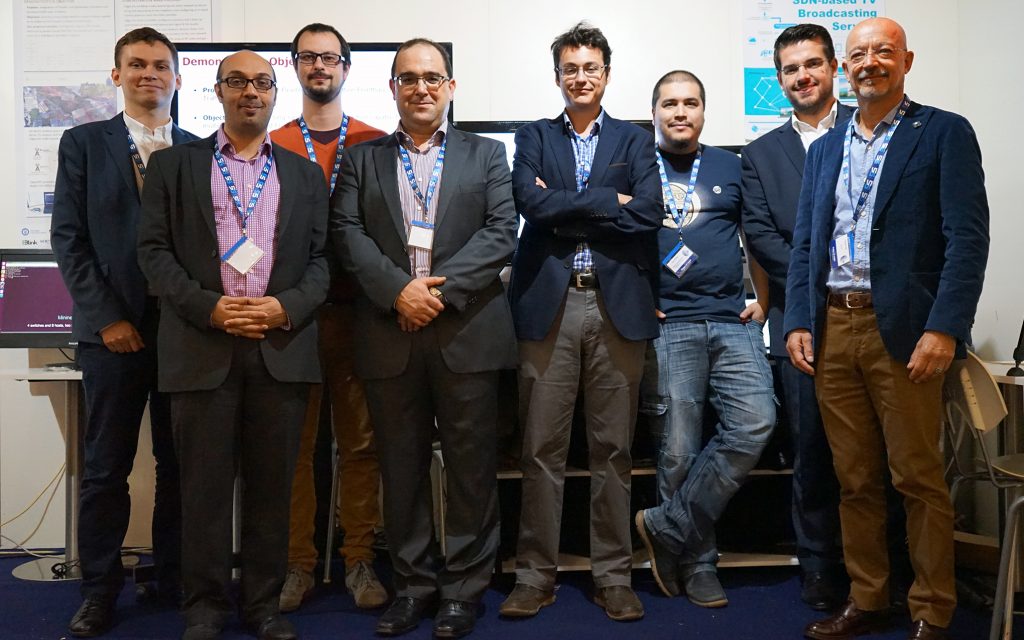 2. Energy monitoring and management for network paths: SDN application for the monitoring of power consumption, estimated based on traffic load statistics, in physical network nodes, network paths and tenants’ virtual infrastructures. The demo will also show the automated configuration of the network nodes’ power states depending on the connections dynamically activated on the network, switching on and off the emulated software-based switches for energy saving issues.

5. Next Generation Frounthaul Interface over LED-based Optical Wireless Link: The demo presented a prototype implementation of a C-RAN solution utilizing a novel functional split set between RLC and PDCP protocols on the LTE radio protocol stack (3GPP Option 2). Thanks to reduced requirements of the new Ethernet-based fronthaul interface a live stream will be sent over a LED-based Wireless Optical Link connecting Distributed and Central Unit.